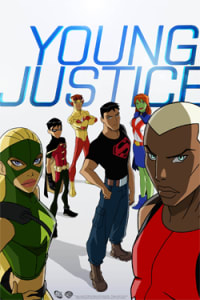 Young Justice is an American animated television series follows the lives of teenage heroes and sidekicks who are members of a fictional covert operation group referred to simply as Young Justice. In the opening of season 1, after helping Batman, Aquaman, Flash, and Green Arrow take down Mr. Freeze, Killer Frost, Captain Cold, and Icicle Jr; Robin, Aqualad, Kid Flash, and Speedy are brought to the Hall of Justice.

Batman: The Brave and the Bold - Season 01