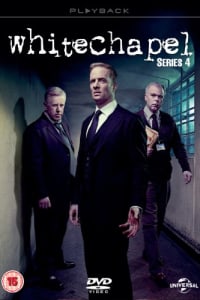 Whitechapel was commissioned for a fourth series in October 2012. Chandler and Miles investigate the gruesome murder of an apparent tramp when they discover that the victim was a former spy, forcing the team to cross paths with MI6 as they attempt to discover whether an old adversary of the deceased is responsible. The murder, they discover, is a 16th-century torture, the peine forte et dure, and after a second body is found – an elderly woman burnt at the stake – they realise that someone has started a witch hunt and is now killing suspected witches in Whitechapel.