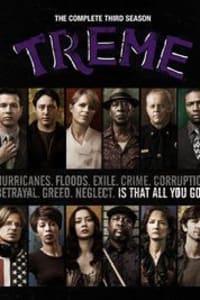 Treme - Season 1 is a Drama, Music TV Series whose creators are Eric Ellis Overmyer, David Simon. It was released on 11 Apr. 2010. It stars Khandi Alexander, Rob Brown, Kim Dickens. The season begins with: A New Orleans neighborhood celebrates its first second-line “parade” since Katrina, reuniting many of its musicians and residents, though many more have yet to return… What await ahead?