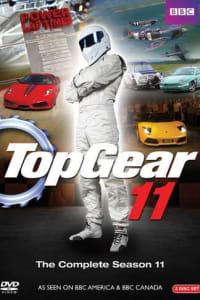 The eleventh series of Top Gear was aired on BBC Two during 2008 and consisted of six episodes, beginning on 22 June and concluding on 27 July 2008. A new character was introduced in this series named Top Gear Stunt Man (credited as Jim Dowdall, though not named in-programme); he appeared in the first two episodes of the show, and made a guest appearance in the next series. With the exception of the final episode, this series saw two guests in each episode, with the segment “Star in a Reasonably Priced Car” being re-branded subsequently as “Stars in a Reasonably Priced Car”.