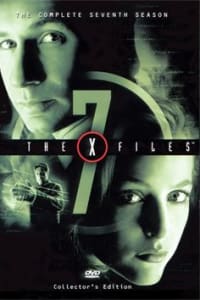 Scully works to find the meaning of the symbols on the spaceship beached in Africa. At Mulder’s behest, Skinner finds Kritschgau and together they try to understand what is causing Mulder’s frenetic brain activity before it is too late. Scully searches for Mulder after the Cigarette Smoking Man takes him from the hospital for unknown purposes. An unconscious Mulder dreams of a better life away from his mission and the X-Files. But perhaps he is being led astray.