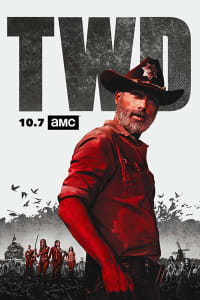 The ninth season of The Walking Dead, an American post-apocalyptic horror television series on AMC is scheduled to premiere on October 7, 2018, and will consist of 16 episodes, split into two parts; each consisting of eight episodes with the latter half airing in early 2019.

High on the Hog

The Adventures of Beatle