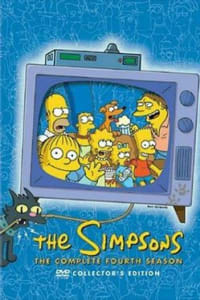 The Simpsons - Season 4 (Also Known As: Simpsons) is an Animation, Comedy TV Series whose creators are Matt Groening, Sam Simon. It was released on 24 Sep. 1992. It stars Dan Castellaneta, Nancy Cartwright, Julie Kavner. The season begins with :Bart and Lisa go off for the summer to Krusty’s camp for kids, but instead of meeting Krusty they meet his bean-counting surrogate, Mr. Black…What await ahead?