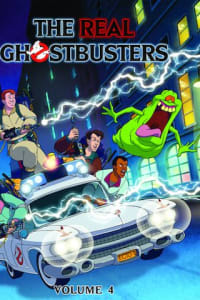 Continuing the story of the previous season, season opens with a magical box being opened and releasing two imps that like to play deadly practical jokes, Peter, Egon and Ray are transported to another dimension via a supernatural tornado. They arrive in Boo York and…