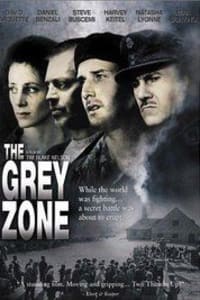 The film opens in October 1944, in the Auschwitz-Birkenau extermination camp. A small group of Sonderkommandos, prisoners assigned to dispose of the bodies of other dead prisoners, are plotting an insurrection that, they hope, will destroy at least one of the camp’s four crematoria and gas chambers