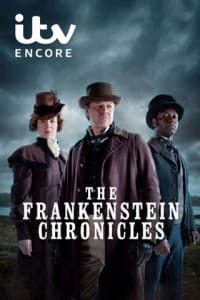 The Frankenstein Chronicles is a British television drama series described as “a thrilling and terrifying re-imagining of the Frankenstein Myth set in 19th century London.”. In this film, Inspector John Marlott investigates a series of crimes in 19th Century London, which may have been committed by a scientist intent on re-animating the dead.