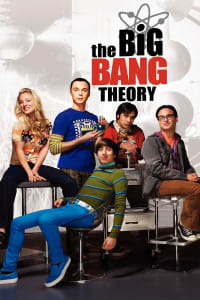 After returning from the North Pole, a conflict among the guys sends Sheldon back to Texas and interferes with Leonard’s reunion with Penny. Leonard and Penny’s first night together goes awkwardly. Sheldon and Howard wager on the species of a cricket. Sheldon attempts to covertly alter Penny’s habits, while Howard and Raj try their luck meeting women at a Goth-style club.