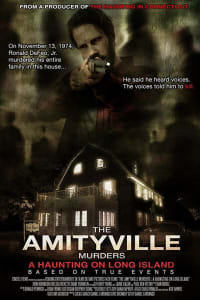 Set on the night of November 13, 1974, the movie follows Ronald DeFeo, Jr. as he took a high-powered rifle and murdered his entire family when they slept. At his trial, DeFeo claimed that “voices” in the house commanded him to kill. This is their story.

The Haunting of Sharon Tate