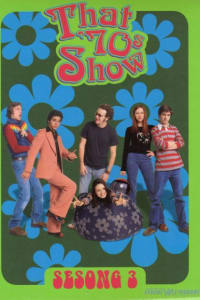 The other basement boys were making fun imagining jailbird Hyde as some hard con’s sex-toy, when Steven returns on parole, despite Red’s refusal to post bail and intention to kick the corrupting criminal out of his house as advocated by Laurie. Kitty pleads the youngster needs guidance more then ever, Eric actually wants to remain boy second class in his own home to keep his ‘friend’ in, and hatches the crazy plan to confess he uses too, so Red can’t hypocritically kick Hyde out, who intends to move in with Leo.

Under the Silver Lake