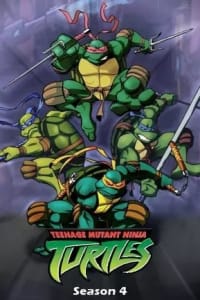 For the entire season Karai is the leader of the Foot Clan. Hun controls the Purple Dragons. New enemies are seen in this season. Teenage Mutant Ninja Turtles' fourth season originally aired between September 10, 2005 and April 15, 2006, beginning with the “Cousin Sid” episode.