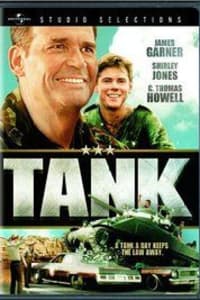 US Army Command Sergeant Major Zack Carey (played by Garner) is about to retire from the military after taking his last post in rural Georgia (loosely based on Fort Benning). Despite being offered possibility of becoming Sergeant Major of the Army, he insists he just wishes to finish his tour and retire in peace to spend time with his family.

The Americanization of Emily

A Question of Faith