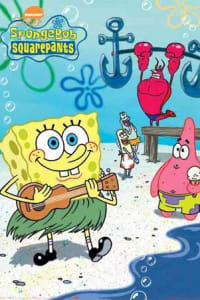 SpongeBob SquarePants - Season 2 is an Animation, Comedy, Family TV Series whose creators are Derek Drymon, Tim Hill. It was released on 26 Oct. 2000. It stars Tom Kenny, Rodger Bumpass, Bill Fagerbakke. The season begins with: Spongebob’s breath starts to stink. / Mr. Krabs employs his daughter at the Krusty Krab… What await ahead?