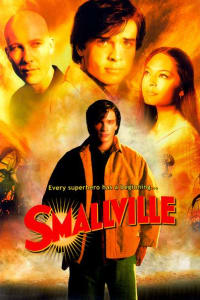 In the next season of this acclaimed TV drama, after Clark rescues Lana from a tornado, he discovers the storm’s wrath has somehow powered up his spaceship and deposited it in a cornfield. Meanwhile, a sexy new teacher, Desiree Atkins, uses meteor-enhanced pheromones to convince Lex to marry her and then spellbinds Jonathan.

Into The Badlands - Season 3

Into The Badlands - Season 1