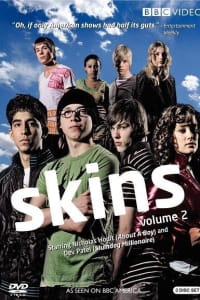 Skins - Season 6 is a Drama TV Series whose creators are Jamie Brittain, Bryan Elsley. It was released on 23 Jan. 2012. It stars Kaya Scodelario, Hannah Murray, Nicholas Hoult. The season begins with: Mini,Grace,Franky,Liv,Alo,Rich,Matty and Nick are on holiday in Morocco though the crumbling villa with no roof,water or electricity is not what they were expecting… What await ahead?

The Truth About Emanuel