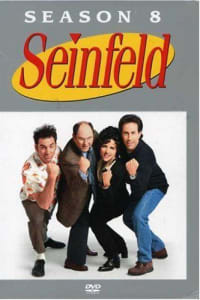 While George would rather forget his fiancee Susan’s tragic demise, Susan’s parents want to keep her memory alive by creating a foundation. Jerry reunites with Dolores from The Junior Mint. J. Peterman has a nervous breakdown and leaves Elaine in charge, and Kramer becomes a martial arts expert.