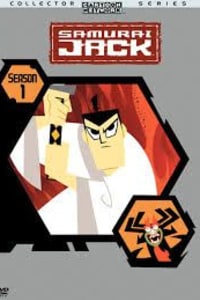 Samurai Jack - Season 1 is an Animation, Action, Adventure TV Series whose creator is Genndy Tartakovsky. It was released on 10 Aug. 2001. It stars Phil LaMarr, Mako, Kevin Michael Richardson. The season begins with: When the ancient evil Aku returns to terrorize Japan, the emperor’s young son is send to distant lands to train in the ways of the warrior… What await ahead?