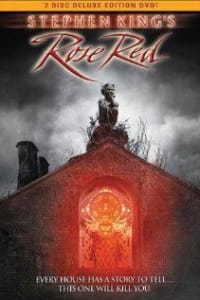 Rose Red is a television miniseries scripted by horror novelist Stephen King. The series was premiered in the United States on ABC on January 27, 2002. The story involves a cavernous Seattle mansion called Rose Red, which is investigated by parapsychologist Dr. Joyce Reardon and a team of psychics.