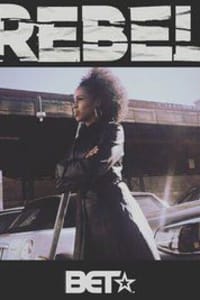 Oakland police officer, Rebecca “Rebel” Cole, has always excelled by playing by the rules. She has always known that she must be better and smarter on the job because she is both black and female. After her brother is slain by police, Rebel soon becomes disillusioned with the system and is forced to take matters into her own hands and become a private investigator and a champion for her community. The film concentrates on Rebecca “Rebel” Cole deciding to become a private investigator after her brother is slain by police.