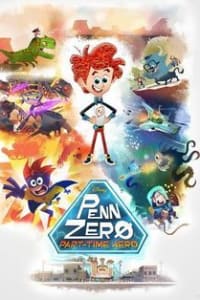 The second and also the last season of the series with 14 espisodes premieres on July 10, 2017, and it will finish on July 28, 2017. In this, Penn and the gang will join in the worlds of anime, pirates with talking sea creature ships and the most epic “Rock, Paper, Scissors” battle of all time, among others.

When We First Met