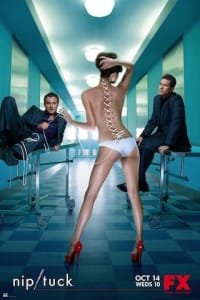 Nip Tuck - Season 4 is a Drama TV Series whose creator is Ryan Murphy. It was released on 5 Sep. 2006. It stars Dylan Walsh, Julian McMahon, Joely Richardson. The season begins with: Christian and Sean operate on a phone sex operator who seeks surgery to repair her signature voice… What await ahead?