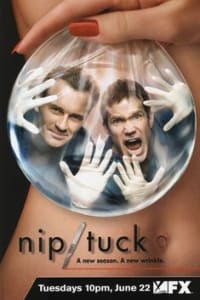 Nip Tuck - Season 2 is a Drama TV Series whose creator is Ryan Murphy. It was released on 22 Jun. 2004. It stars Dylan Walsh, Julian McMahon, Joely Richardson. The season begins with: Julia’s mother wants a facelift and insists that Sean operates on her, which worsens his worry about his hand spasms… What await ahead?