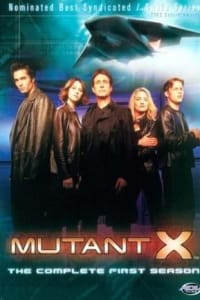 A mutant empath on the run from mysterious government agents is rescued by a team of fellow “New Mutants” - the group known as Mutant X. Brennan is captured and falls under Eckhart’s control, and forced to work against the New Mutants.