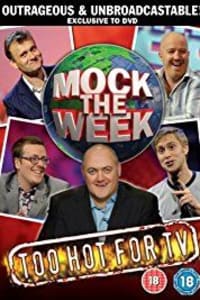 Mock the Week is a British topical, satirical celebrity panel show, that was created by Dan Patterson and Mark Leveson, the same people responsible for the comedy game show Whose Line Is It Anyway?. Performers deliver mostly prepared answers on different subjects under the guise of an improvised gameshow.

All Round To Mrs Browns - Season 2