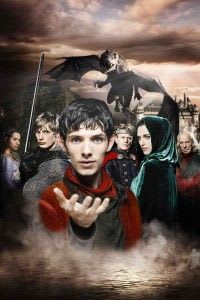 In the second season of this acclaimed series about wizarding world, new servant Cedric muscles in on Merlin’s position as Arthur’s right-hand-man and turns the prince against his loyal friend. Later, Gwen is mistaken for Morgana and kidnapped by the savage outlaw Hengist. All the while Merlin must work harder than ever to conceal his growing magical powers, as King Uther redoubles his war against magic.

Harry Potter And The Sorcerer's Stone