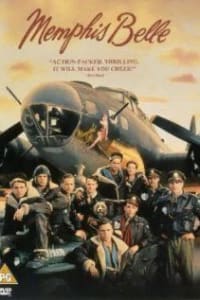 Directed by Michael Caton-Jones, this action drama tells the story of the American bomber crew of the “Memphis Belle”, the first US airmen to complete a full tour of 25 missions during the air battle of Europe during the Second World War. Starring Matthew Modine, Eric Stoltz, Tate Donovan.

The Heyday of the Insensitive Bastards