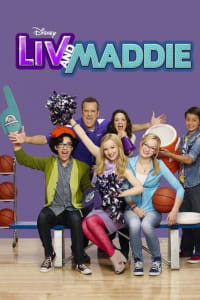 Liv and Maddie - Season 2 is a Comedy, Drama, Family TV Series whose creators are John D. Beck, Ron Hart. It was released on 21 Sep. 2014. It stars Joey Bragg, Tenzing Norgay Trainor. The season begins with: The family is getting ready to compete against one another in the Wisconsin Cheddar-Brat Fest. Ironically, Liv’s premiere of “Space Werewolves” is on the same night… What await ahead?