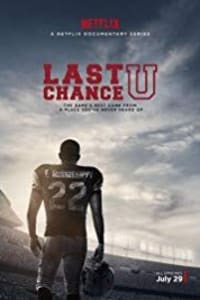 After two years at JUCO dynasty East Mississippi Community College, the show moves to Independence CC in Kansas. Power 5 imports include former Florida State QB Malik Henry, making it three straight years that the show’s starred an ex-FSU quarterback, and several players depicted in Season 3 will be on P5 rosters in 2018. (The show is about ICC’s dramatic 2017.)

Challenge in the Snow

FC Bayern: Behind the Legend - Season 1

14 Peaks: Nothing Is Impossible

I, Superbiker: The War for Four