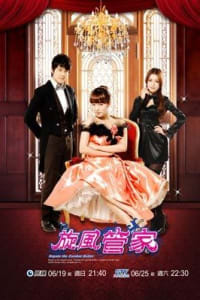 A man is buried by his parents' gambling debts. To pay money back, he thought about getting into the kidnap someone. But he finally saved a girl from a real kidnapping. The girl turned out to be the sole heir of a conglomerate. She hires him to be her butler and helps repay his parents' debts.

Out of My League

The Sisterhood of the Traveling Pants