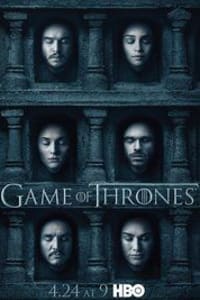 In Series 6 Bran Stark continues to train with the Three-Eyed Raven and, after being captured, Daenerys Targaryen is brought to Vaes Dothrak. Elsewhere, Ramsay Bolton’s heir status is threatened in Winterfell and Jon Snow’s fate is revealed. Film is released in Apr 24, 2016.

Voice from the Stone