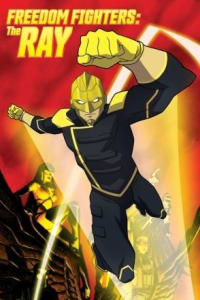 It revolves around Ray Terrill / The Ray (Russell Tovey) who, while investigating a secret project of government officials attempting to use light as a weapon of mass destruction, got caught. The head of the project exposed Ray to a “genetic light bomb”, hoping to kill him, but instead it gave him light-based powers. Realizing he could actually stop crime instead of just report about it, Ray joins Uncle Sam and the Freedom Fighters to fight crime and oppression. What happens next to him?