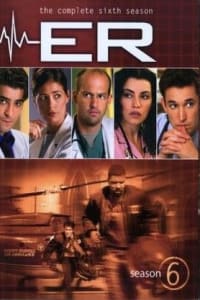 ER is an American medical drama television series about the inner life of the doctors and nurses of fictional County General Hospital in Chicago, Illinois. In the sixth season of ER, things take a turn for the worse when both Lucy Knight and John Carter are attacked and stabbed by a psychotic patient. Although the team battle bravely, they are unable to save Lucy who succumbs to her wounds and dies, leaving the ER team, especially Carter devastated while Carol Hathaway leaves to begin a new life with Doug Ross.