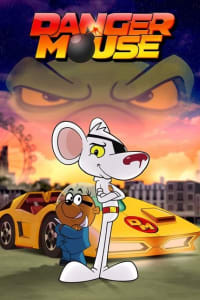 The series revolves around the capers of Danger Mouse, a British spy, and his hamster sidekick, Penfold. With help from his boss Colonel K and the genius scientist Professor Squawkencluck, Danger Mouse is equipped to defeat his nemesis, Baron von Greenback.