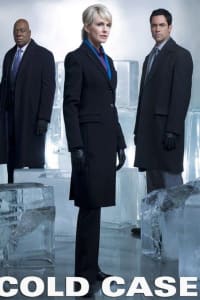 Cold Case - Season 3 is a Crime, Drama, Mystery TV Series whose creator is Meredith Stiehm. It was released on 25 Sep. 2005. It stars Kathryn Morris, Danny Pino, John Finn. The season begins with: After a teenage girl who was dumped in the garbage by her parents 17 years earlier is approached by a man claiming to be her father, the team re-investigates the hit and run death of her father, Jimmy in 1988… What await ahead?