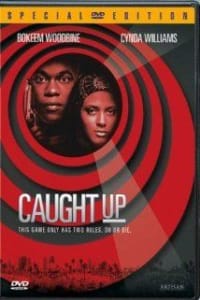 Daryl gets out of jail after 5 years. His mother has died, his girlfriend is married, and he can’t find a job. His new girlfriend Vanessa, whom he meets when a gunman opens fire on them, gets him a job as a car driver. Hitmen are still after them, and Vanessa tells Daryl that this is her former lover Ahmad who wants revenge.

I Know Where Lizzie Is