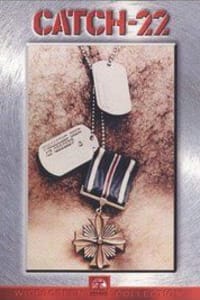 Captain Yossarian (Alan Arkin), a U.S. Army Air Force B-25 bombardier, is stationed on the Mediterranean base on Pianosa during World War II. Along with his squadron members, Yossarian is committed to flying dangerous missions, and after watching friends die, he seeks a means of escape.