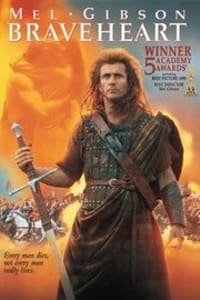 In this history drama, Mel Gibson stars as William Wallace, a Scottish rebel who leads an uprising against the cruel English ruler Edward the Longshanks. During his bloody battles, he has a hushed affair with the Princess of Wales before his imminent demise. Also starring Sophie Marceau and Patrick McGoohan.

The Professor and the Madman