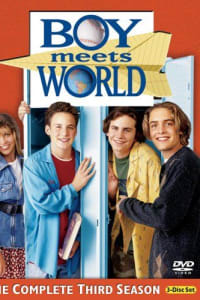 The first season of the television comedy series Boy Meets World, with the appearance of two Guest cast: Cynthia Mace as Evelyn, Krystin Moore as Vanessa in espisode 1, follows adolescent Cory Matthews as he grows up, and faces problems with friends, family, and school.