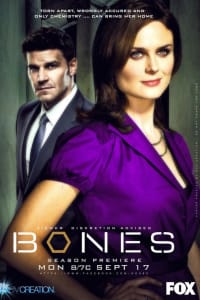 In the eighth season of this acclaimed crime drama series, having been accused of murder, Brennan is on the run from the FBI, with help from her father Max. What will Booth and the Jeffersonian team do to prove evil tech genius Christopher Pelant has manipulated key evidence in the case to pinpoint Brennan as the prime suspect?