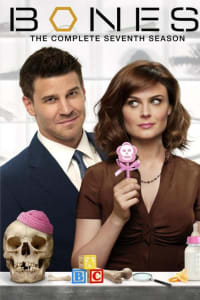 In the seventh season of this acclaimed crime drama series, when the Jeffersonian team identifies the remains of a woman found in a paintball field, they discover two Missing Persons reports in her file. Later, a cryptic message penned in human blood is discovered at a national monument. As the Brennan and Booth embark on a scavenger hunt to solve the case, they realize their tech-savvy suspect always remains one step ahead of them.