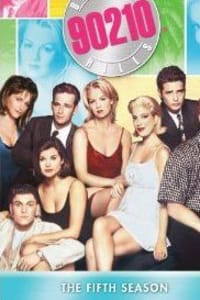 This season follows Dylan’s problems alcohol and drugs as the result of the events in four previous seasons, Brenda’s decision to stay in drama school in London and the adopted daughter of Cindy and Jim. The start of the Peach Pit’s after-hours club, After Dark, run by Steve is also marked in this season.