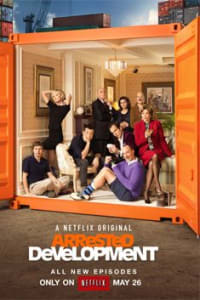 Arrested Development is an American television sitcom follows the fictitious Bluth family, a formerly wealthy and habitually dysfunctional family. In the opening of season 4, after severing his ties with the majority of the family, Michael Bluth finds himself in economic turmoil after completing the Sudden Valley housing development under his new company, only to face the 2007 housing bubble which results in Sudden Valley turning into a secluded ghost town. After