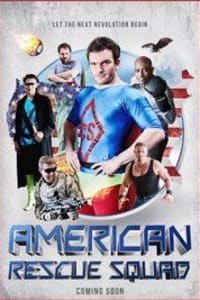 A group of mysterious villains known as “The Alliance” sets a trap for the Taxpayer. They imprison him, torture him, and make plans to publicly crucify him. Local janitor Richard Randolph rounds up retired Superheroes, and hatches a plan to rescue the Taxpayer

Guns of the Apocalypse

The Man from Toronto

The Unbearable Weight of Massive Talent

The Spy Who Never Dies