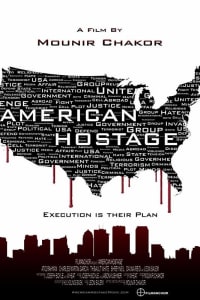 American Hostage pulls back the curtains on a terrorist plot centered on a group of terrorists holding two American soldiers hostage on U.S. soil. They demand the release of all prisoners of Guantanamo Bay or they will kill the soldiers.