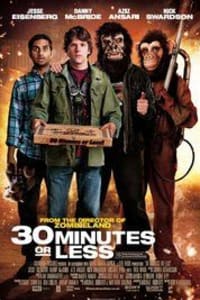 30 Minutes or Less is an American action comedy film directed by Ruben Fleischer, which tells about two fledgling criminals. They kidnap a pizza delivery guy, and inform him that he has mere hours to rob a bank or else…

The Legacy of a Whitetail Deer Hunter

Bucky Larson: Born to Be a Star