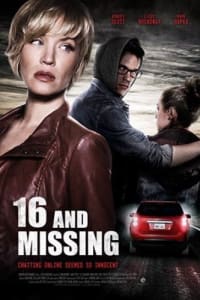 In this thriller, newcomer Lizze Broadway stars as Abbey, a 16-year-old girl living with her mom Julia - an FBI agent, her new stepdad and half siblings. When things aren’t going well with her family, Abbey sneaks out and heads to Arizona to see her online boyfriend. After Abbey’s sudden disappearance, Julia hacks into her daughter’s social media accounts to track her whereabouts.

The Bachelor Next Door