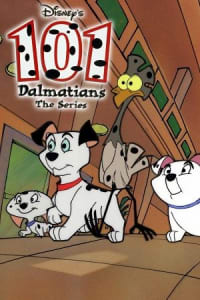 Based on the 1961 Disney animated feature of the same name and its 1996 live-action remake, the show spanned two seasons, with the first episode airing on September 13, 1997.Season 1 opens with Roger and Anita announcing that they are moving to a house in the country. Meanwhile, Cruella has plans to bulldoze the farm and send the animals to a glue factory.

The Adventures of Rocky and Bullwinkle - Season 1

Scooby-Doo & Batman: the Brave and the Bold